“Open and Affirming” Photos and Information

Becoming an Open and Affirming church was the biggest and boldest move our church has made in such a long time. Our congregation has been settled in our old German tradition for so long that we were stuck there. If we truly wanted to follow “No matter who you are, or where you are on life’s journey, you are welcome here,” we needed to continue to grow and reach out to everyone. By officially being recognized as an ONA church we are letting our LGTBQ brothers and sisters know they are welcome and loved here. After our official vote to become ONA passed I felt an overwhelming feeling of love and faith in our church that is now starting to pour out into our community. We are no longer stuck. God is truly still speaking through us!

We were excited to receive a banner and a similar flag as a gift from Bill Buss and Don Buss on Sunday May 18, 2014.  We installed the banner on Fellowship Hall and the flag on the north side of the Hall. Salem is an “Open and Affirming” congregation…  As an “Open and Affirming” church, Salem members bear witness that not all Christians condemn LGBT people as ‘sinners’.  Salem Church extends the message that it’s a safe place for LGBT people and their families, where they know they are wanted, valued and affirmed.  Salem now allows the Pastors to perform same sex marriages.

No matter who you are,

no matter where you are on life’s journey,

“Open and Affirming” (ONA) is a movement of more than 1,100 churches that welcome lesbian, gay, bisexual and transgender (LGBT) members. More than 275,000 members of the United Church of Christ belong to ONA churches—and our movement is growing.

After a time of study, dialogue and prayer, churches adopt an ONA “covenant” committing their members to welcome LGBT seekers, support their relationships, and advocate for their basic rights. ONA churches take seriously the Bible’s admonition to “accept one another, just as Christ accepted you, in order to bring praise to God.” (Romans 15:7, NIV)

The colors of the Flag and Banner have the following meaning.  The colors featured in the rainbow design with the colors overall reflecting the diversity of the LGBT community but specifically: red, life; orange, healing; yellow, sunlight; green, nature; blue, serenity; and violet, spirit. The original version included hot pink and turquoise which were later eliminated because of manufacturing issues. 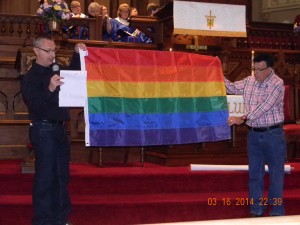 The Flag being presented to the Congregation on 5-18-2014 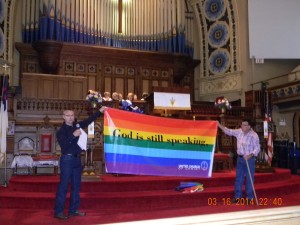 The Banner being presented to the Congregation on 5-18-2014 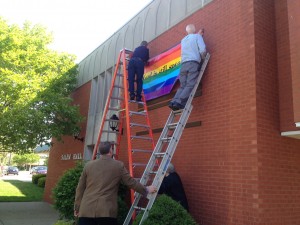 The Banner being installed on the building 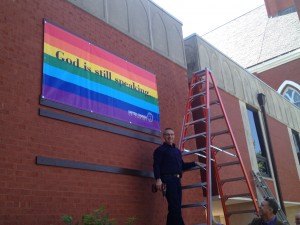 Bill Buss with the Banner installed 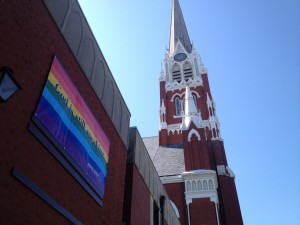 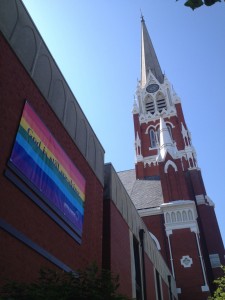 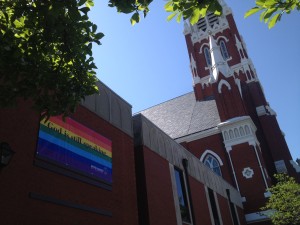 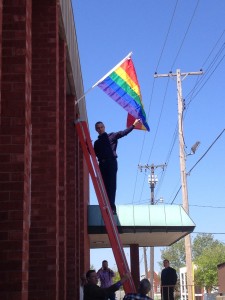 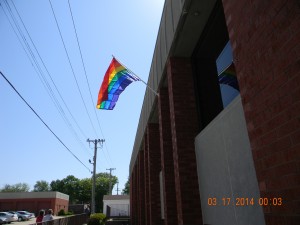 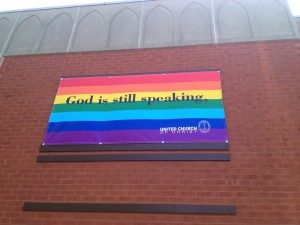 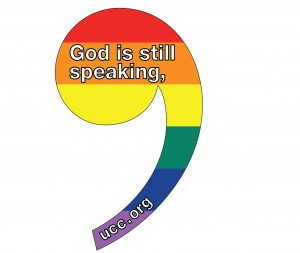